The project takes its origins from the will to create a building with a strong visual appeal, in which to combine architectural elements and traditional materials, capable to communicate the destination for which it has been conceived; the Royal Police of Oman Museum, the place where to represent its history and the evolution along with Oman’s history and evolution.

The site on which the new Museum will rise is marked out by a hill which connects, in a spatial relation, a sector of the already urbanized area destined to the “wattayah stables” project with the main road positioned on its top connecting with the nearby city of Muscat.

The building follows the natural trend of the hill, articulated in circular volumes, partially overlapping and offset; a large steps structure emerging from the ground and overlooking it with terraces which contribute to define a complex shape made of natural elements together with designed elements.

Outside, the building looks compact and locked, a clear reference to the fortresses which mark Oman’s territory, although showing modernity in the architectural lines.
Inside the space, strongly contemporary, develops, with sinuous lines, in a vertical sense connecting, through pits of light, the base and the summit.

The ascent concept, used also as a metaphor of the historical course, from past to future, is expressed as a visitor’s path which develops from the hall, situated on the ground floor, to the two superior floors.

The curve lines of the external volume converge inside towards the central axis marked by the vertical link; an open,  luminous link, which connects the three levels in a visual way too, contributing to give rise to a continuous and flowing development.

The Museum is constructed on three floors. The first two floors are about 8m. high with an internal span of 6m. The third floor is made up of two volumes, of which the first has the same height as the lower floors and the second has an internal height of about 15 m. 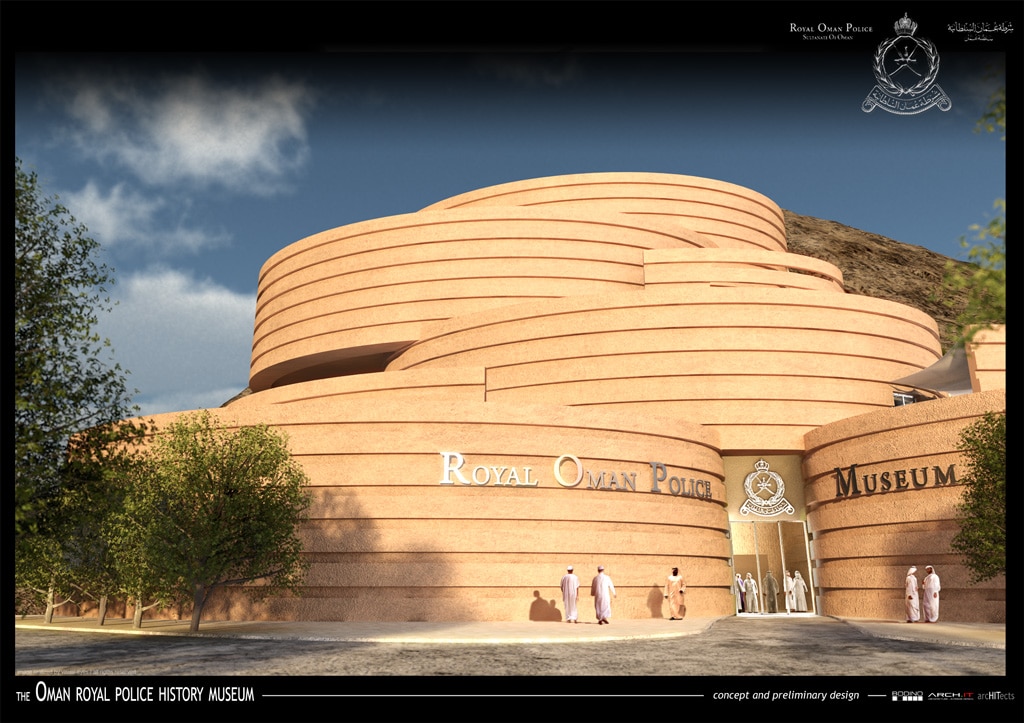 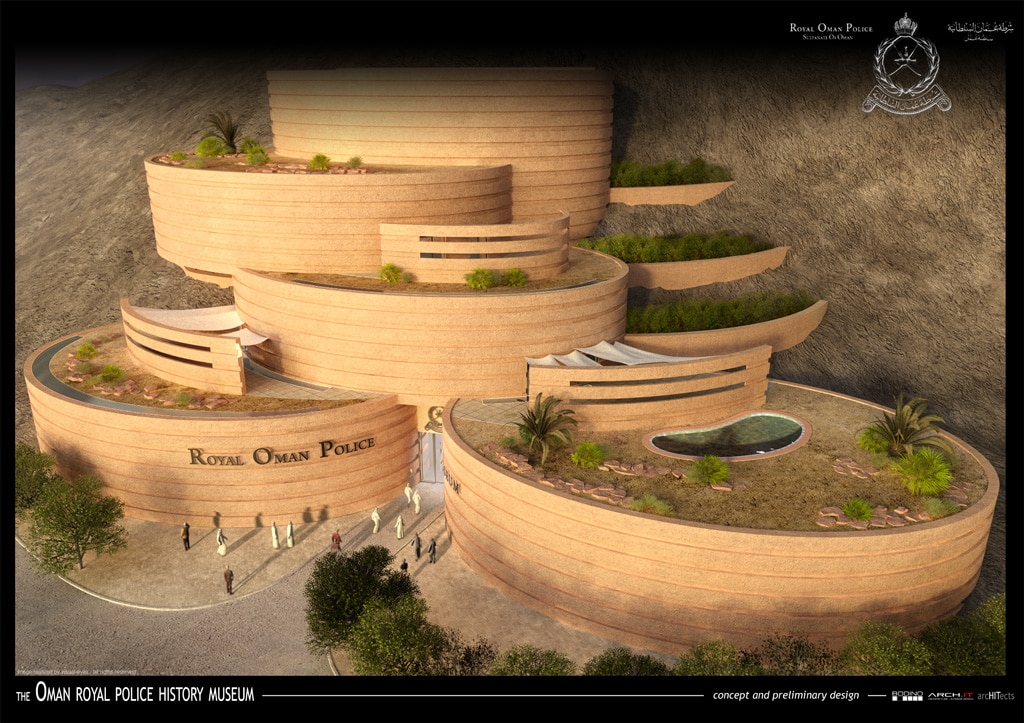 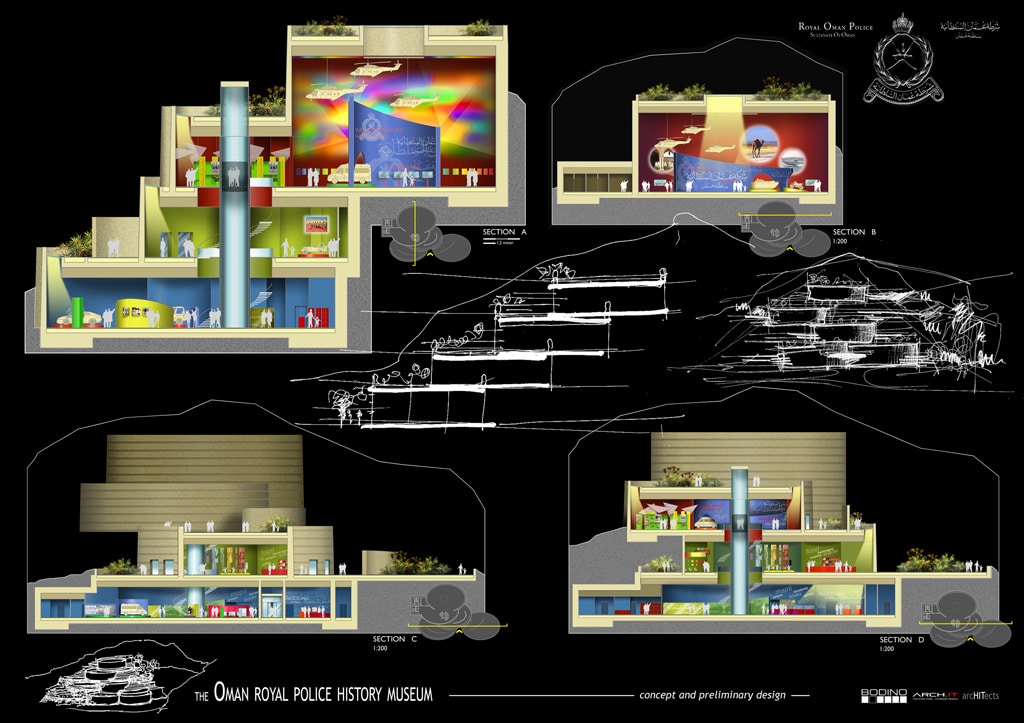 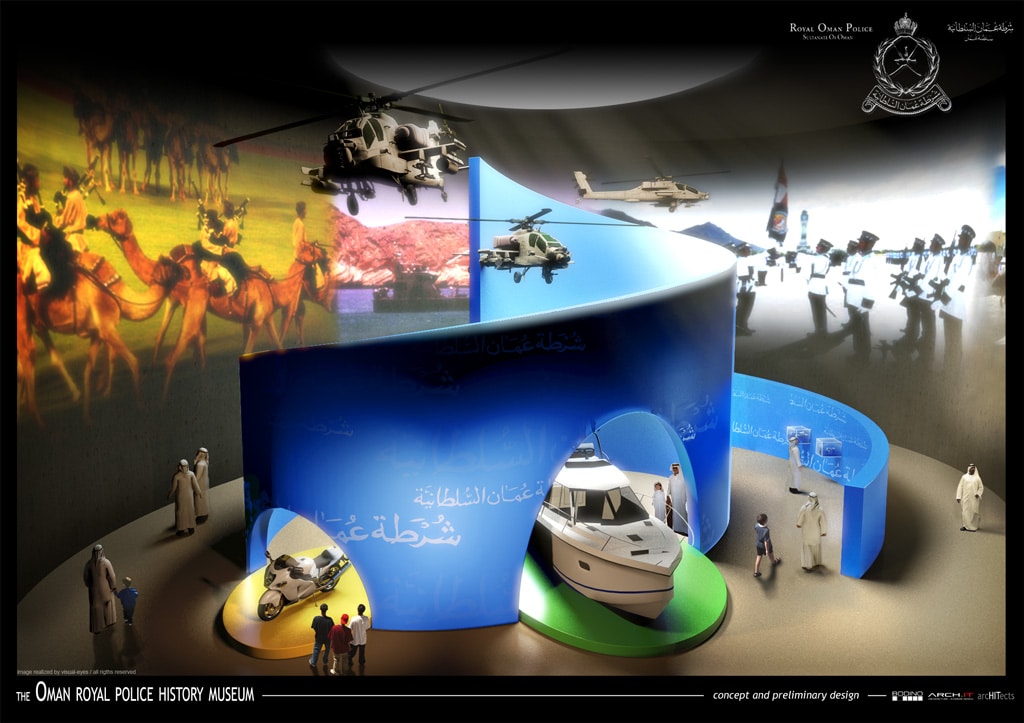 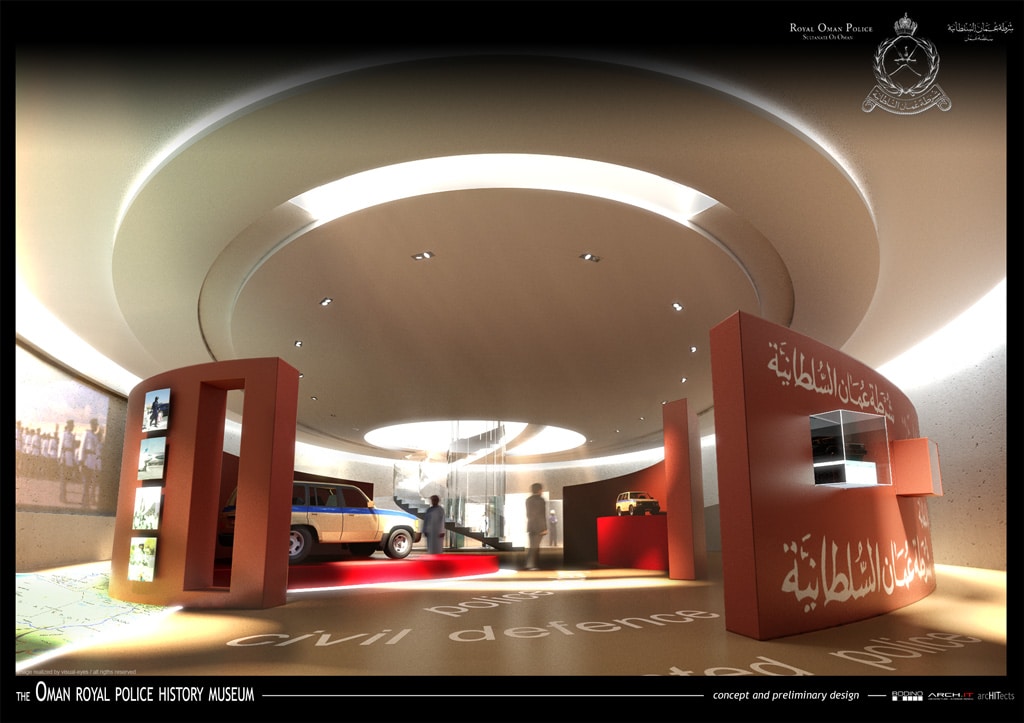